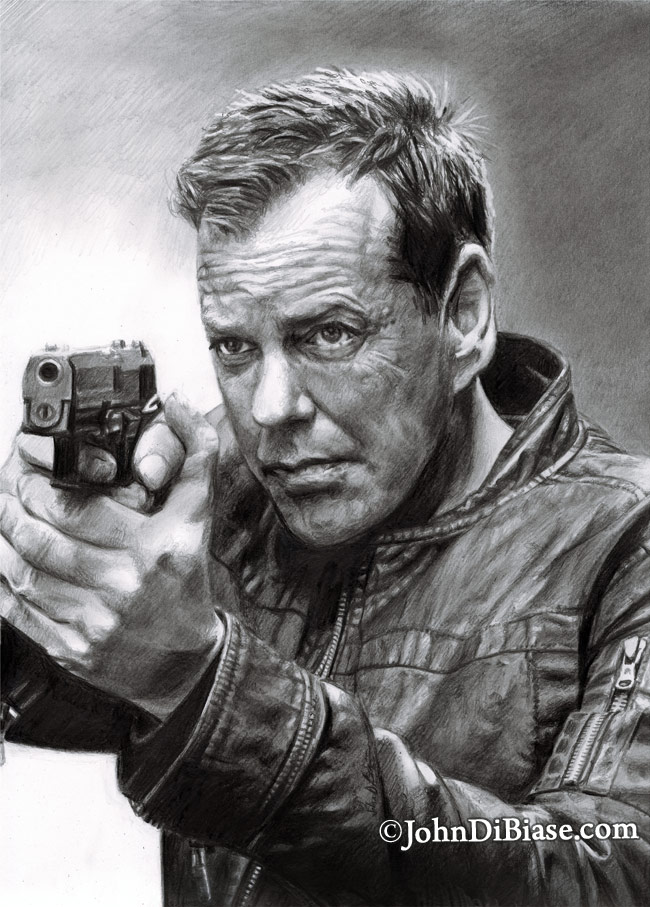 After watching the entire series “LOST” for the first time back in 2012, I immediately tried entering into the world of another series I had missed when it aired, “24.” But sadly, the pilot was everything I didn’t want in a show (including 2 teenage girls accompanying 2 teenage boys to do junk in a furniture store after hours) and I abandoned the series… for 2 years. After “24” was revived for a 9th season this spring, I decided to give “24” a second try. I pushed through the pilot and discovered the show to be pretty decent (although the teenager subplots were irritating). So I forged ahead. By the time I got to season 5 or 6, I decided it was time for a drawing of Jack Bauer. I finished it on the verge of season 7, and at the time I’m writing this, I’m well into season 8. (I’ll be caught up soon, folks!)

This was entirely drawn freehand with all graphite pencils and this is the finished scan of it.

You can snag prints of it in my Etsy store: