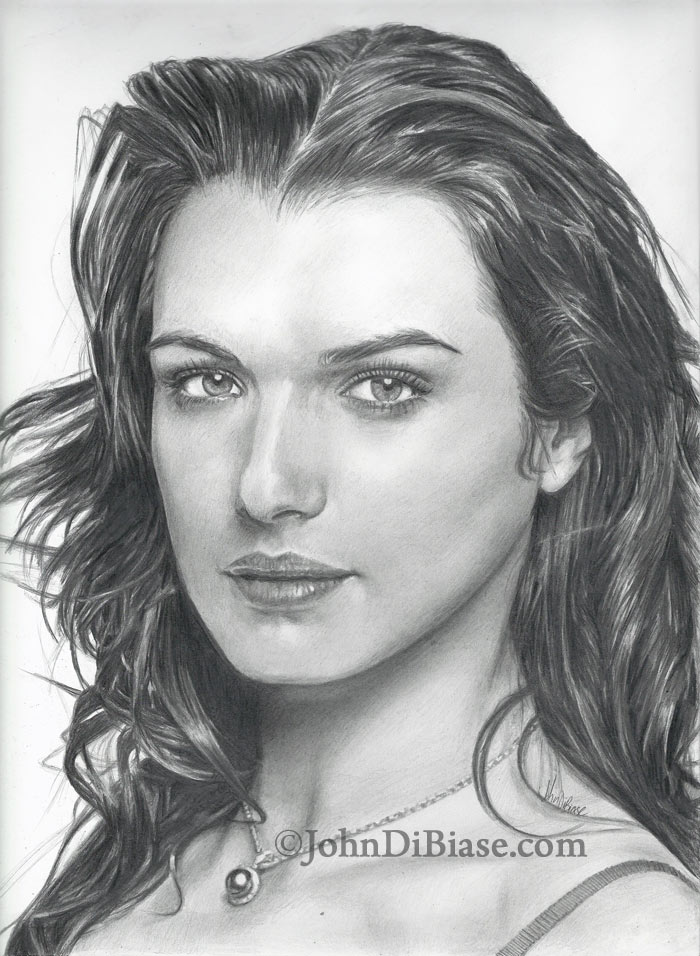 In late June, 2013, I decided to follow Superman with a portrait of Rachel Weisz, an actress I’ve enjoyed the work of since I first saw her in Chain Reaction and then The Mummy.

For this one, I really tried to push detail again and use various grades of pencils. However, I think I found myself getting antsy and impatient with finishing it. By the last night, I cared less about the detail in the hair than earlier.

But when I scanned it into the computer for posting, I felt like the scan looked a lot different than the actual drawing. It turned out, though, that I definitely had just missed the mark with getting the likeness just right. It’s one of the great downfalls of drawing freehand. You eyeball everything and, after staring at your drawing and the source photo for hours, things start looking just right. Unfortunately, it’s not until you pick up the drawing the next day or later than that that you go “Oh dangit! ___ or ____ is messed up and needs adjusting!”

So, after I scanned it, I took an eraser and pencil to different spots to try to do some last minute fixes. Here’s the final scan. I’m not totally satisfied with it, but I’m “finished” with it, mentally speaking.

If anyone’s interested in a print, please let me know. I won’t be posting it to Etsy at this point otherwise.

One thought on “Pencil Portrait of Rachel Weisz”

Pencil Drawing of Rainn Wilson as Dwight Schrute in “The Office”