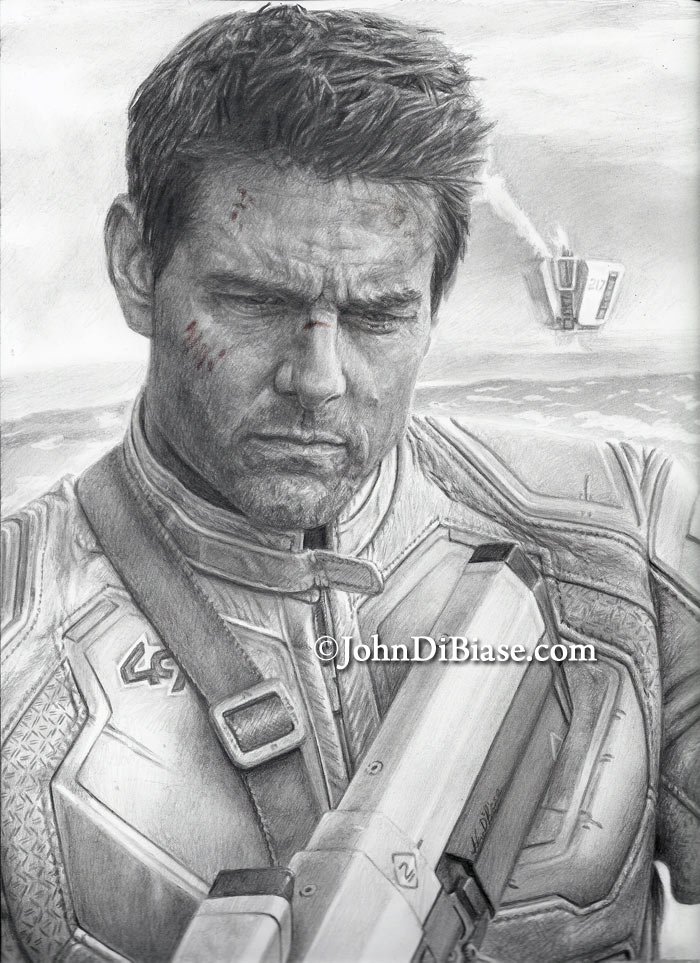 After watching it for the first time on Blu-Ray after having seen it while it was in theaters, I decided to work on a pencil drawing of Tom Cruise as Jack Harper in the movie “Oblivion.” I love good sci-fi and action and this movie just had a little of everything I love about movies — from a solid soundtrack to incredible visuals and a story that makes you think. The promo photo that I used as a source for this freehand drawing just kind of captured everything I liked about his character and his role, and then i decided to draw in one of the hydro rigs from a scene in the film. I really enjoyed working on this one a lot. I drew this in January, 2014.

Pencil Drawing of John Krasinski as Jim Halpert in “The Office”

Pencil Drawing of Kiefer Sutherland as Jack Bauer in “24”