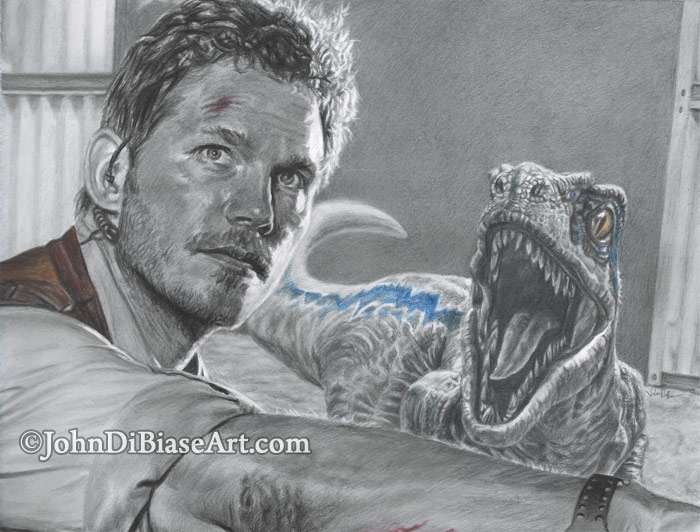 It’s fun when things turn out different than what you plan for. Once again, the freehand approach bit me in the butt a bit as I set out to draw Pratt as Owen Grady from Jurassic World while sitting on his motorcycle, also leaving me with a ton of white space I wasn’t sure what to do with. But this all-graphite pencil drawing kept changing as I decided to do his vest in brown… and then his scratches in a dark, reddish-brown… and then I decided to drop a raptor in the background… which then I decided to make Blue from the film… with a blue stripe. (and his eye is colored too) Finally, I wasn’t sure how much of the background to be the raptor pen or leaves and decided to just go with entirely the raptor pen… and I have to admit I like how it turned out overall.