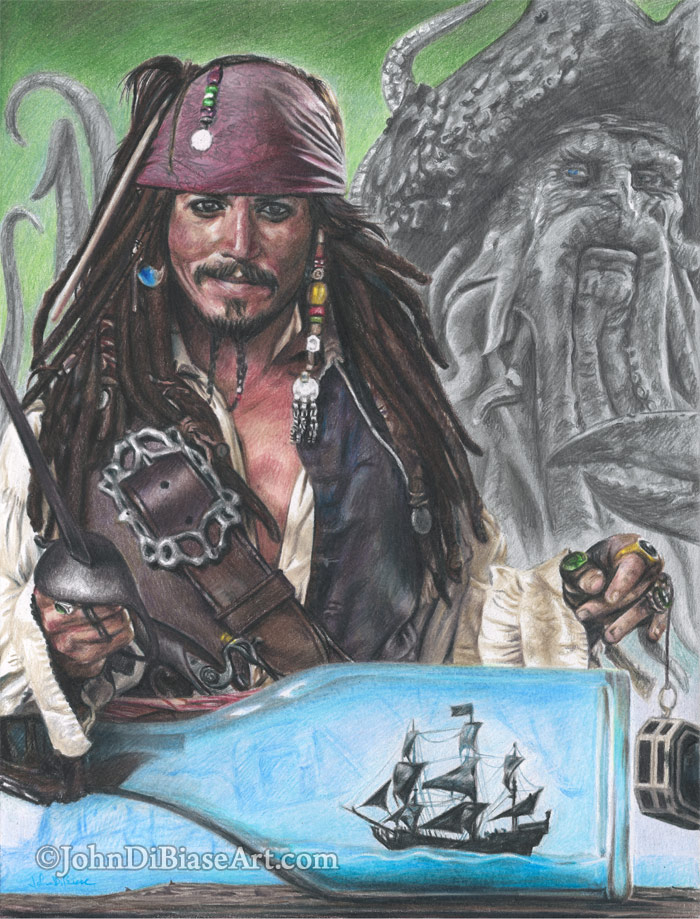 I originally intended this piece to just be a colored pencil portrait of Johnny Depp, but with the Black Pearly worked into it as well. However, I had a hard time working the Black Pearl into the image in a way that wouldn’t influence people to make jokes about… the positioning. Thankfully, my wife Amy suggested the Pearl in the bottle and the rest started falling into place. However, I found myself having to figure out what to do with the space to the right of Jack (his left), so I decided on a graphite drawing of Davy Jones. It was meant to be light, but I kept making it a little darker because it seemed TOO light. Then I decided to add the kraken tentacles behind him. Finally, as a last stroke of inspiration, I added in Jack’s compass, which also served as a solution for the space on the other side of the bottle!

Pencil Portrait of Josh Holloway as Sawyer in LOST

Drawing of Sun and Jin from LOST