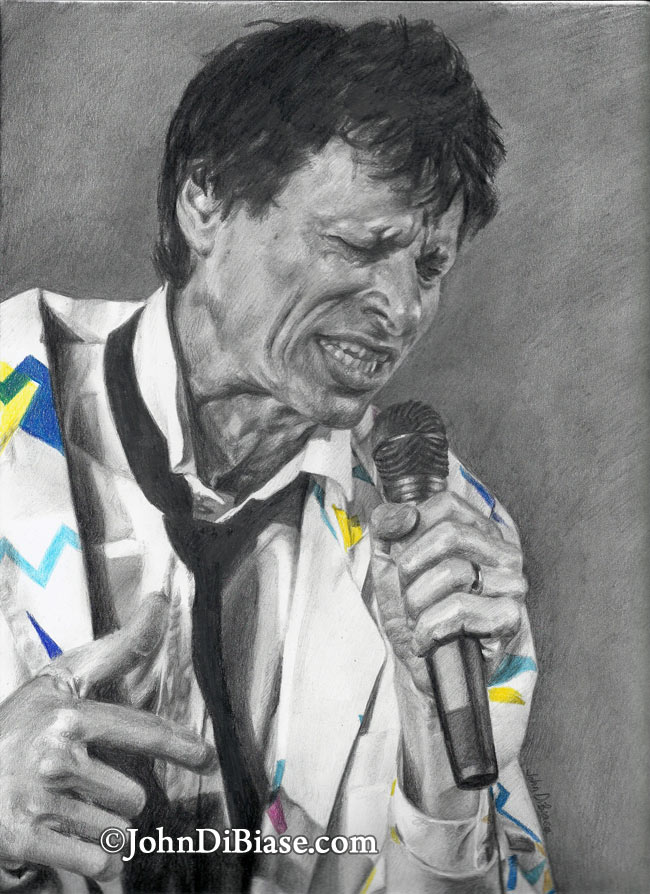 After finally seeing Steve Taylor in concert, fulfilling a longtime dream, I impulsively decided to draw one of the photos I took at a May 4th, 2014 concert in Manheim, PA. For the concert’s encore, Steve came out wearing his flashy jacket from the 80s and I thought it was too perfect for mixing graphite and colored pencil. I believe the song he was singing here was “We Don’t Need No Colour Code.”

Steve took a break from music for a while, even going on to direct the indie film Blue Like Jazz after a successful Kickstarter campaign. Last year, he launched another Kickstarter campaign that was wildly successful, raising more than enough to put out a brand new studio album with a new band as Steve Taylor & The Perfect Foil.

Pencil Portrait of Elizabeth Mitchell as Juliet from LOST