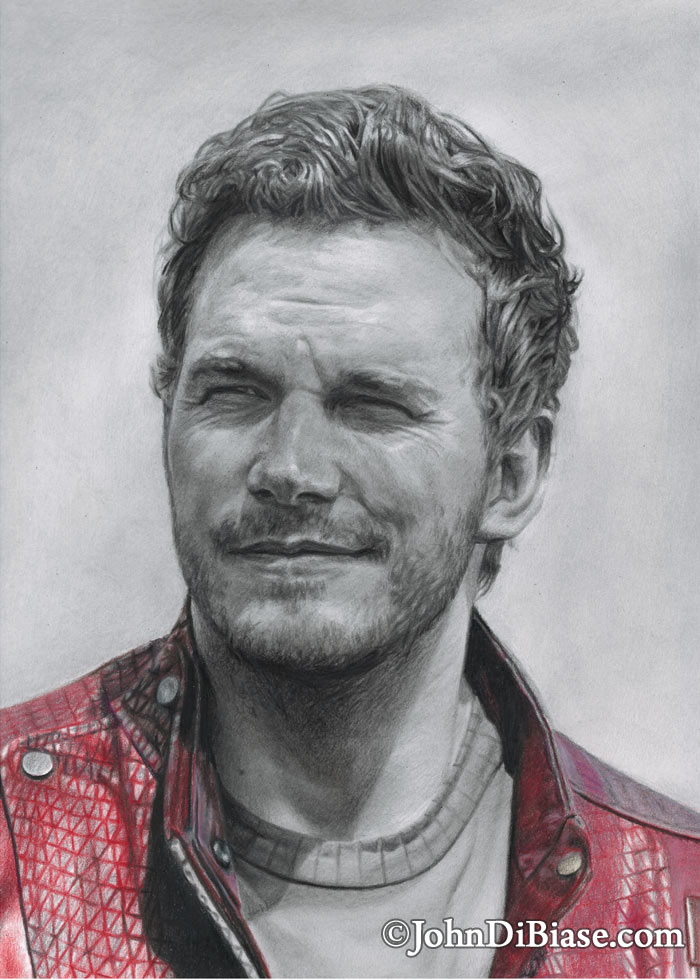 After finishing Drax, and after having re-watched the film with some friends who hadn’t seen it yet, there was a shot of Pratt as Star-Lord in the final scene that just screamed to be drawn. So I loaded it up on my iPad, took a screenshot and used it as reference for this. It’s mostly graphite with the jacket done in Prismacolor and Faber-Castell pencil, and also some black colored pencil used in the graphite parts to help make it darker. I’m mostly happy with how it turned out.

Pencil Drawing of Ryan and Kelly from “The Office”