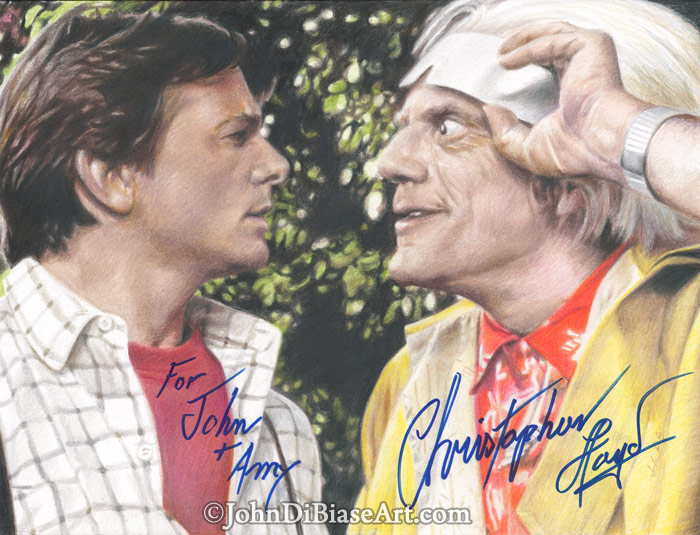 I have posted this drawing on here before, but when we made the trip to Boston Fan Expo, I took with me just in case it worked out to meet Michael J. Fox and/or Christopher Lloyd. While we did spring for the photo op with Michael, it proved just too expensive to also get a photo with Christopher, OR autographs of both. So, after meeting and talking with Cary Elwes (who saw this drawing and said we HAD to get Michael to sign it), we went to go find Michael, but he’d left already. Instead, Christopher was at his booth and we decided to scrounge up the funds to make it happen… and we’re glad we did. 🙂 He was super sweet, and signed his name on my drawing (and asked if I had drawn it; he seemed to really like it). I then asked if he would put our names on it, and he obliged.

Below is our photo op with Michael. It was the first photo op we got that day, and admittedly, I was disappointed with how fast it was. We weren’t given a chance to talk to him at all (which bummed me out because the photo op was EXPENSIVE!) 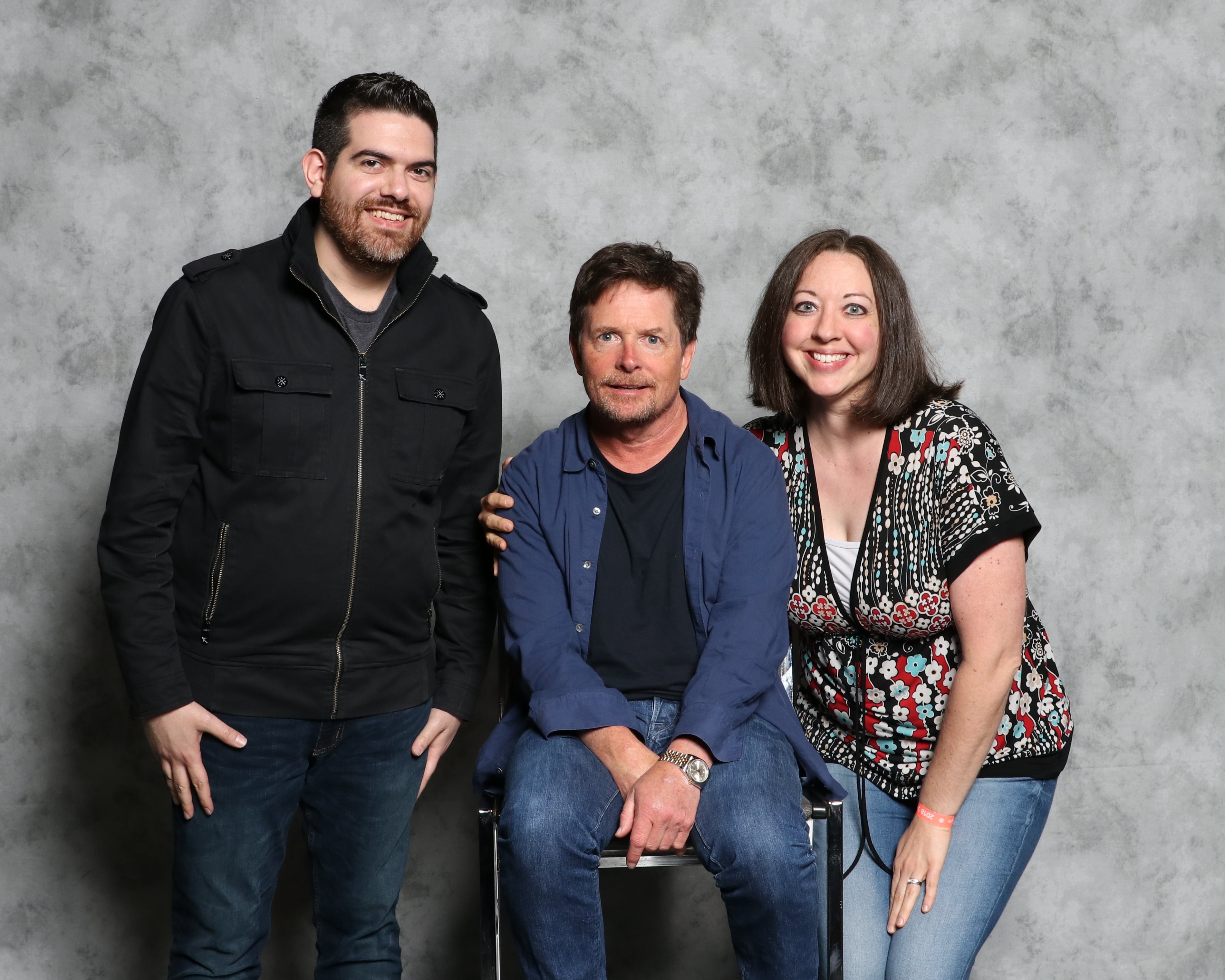