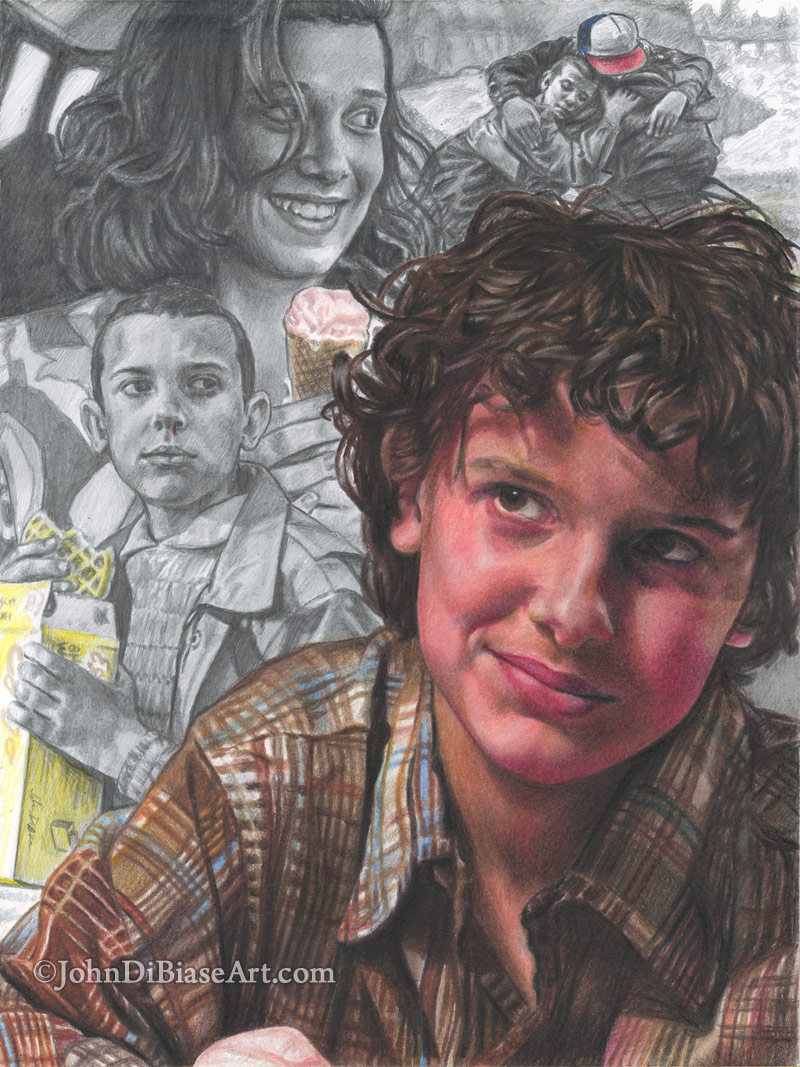 Ah, the stench of failure. It’s something all artists of some form have to experience. While it may not be something we ever get used to, it’s definitely something we have to learn how to handle. It’s important to see what we can learn from failure and disappointment and then just let it go and move on.

I created this Stranger Things piece as a submission to a potential Stranger Things artbook. I drew it entirely freehand and tried my best to present my style but in a — hopefully — unique way. We have Eleven in Season 2 front and off-center in full color (colored pencil and, I believe, marker), Season 1 Eleven over her shoulder, with Season 3 Eleven right behind her (and this was before Season 3 was even out), and then, up top, is the group hug from Season 1 after the kids make amends and really embrace each other.

The rejection letter stated that NetFlix had rejected a batch of artwork that the book publisher (who solicited the original artwork) had actually liked, but they only sent out a mass rejection letter, and did not say why any particular piece had been rejected. That curiosity tends to eat at me from time to time (I’d love to just know WHY it wasn’t picked. A friend insists it was my use of the “Eggo” logo and box, but I wonder if it just contained too many images that were reproduced on other pieces they liked better? I don’t know. It wasn’t a Photoshopped collage of photos. I drew these freehand — no guides, grids or tracings — myself.) But alas, I will probably never know.

I did submit another original piece to another — different — artbook coming out next year. My fingers are crossed it’ll get accepted. (I’ve been waiting since March 2019 to hear about it, too…)

Anyway, here’s a link to obtain prints of this piece… and for now, the original hangs in my home. 🙂