Next I chose a photo I had just recently taken at Uprise Fest in September 2013 and decided to draw John Cooper, frontman of the rock band Skillet. I’ve been a fan of their music since first hearing a sampler BEFORE their debut album came out in 1996. Needless to say, I’m an original panhead. And even though I haven’t been crazy about their two most recent albums, I still support these guys – and their live show is killer! This is a pencil drawing of an original photo I took. 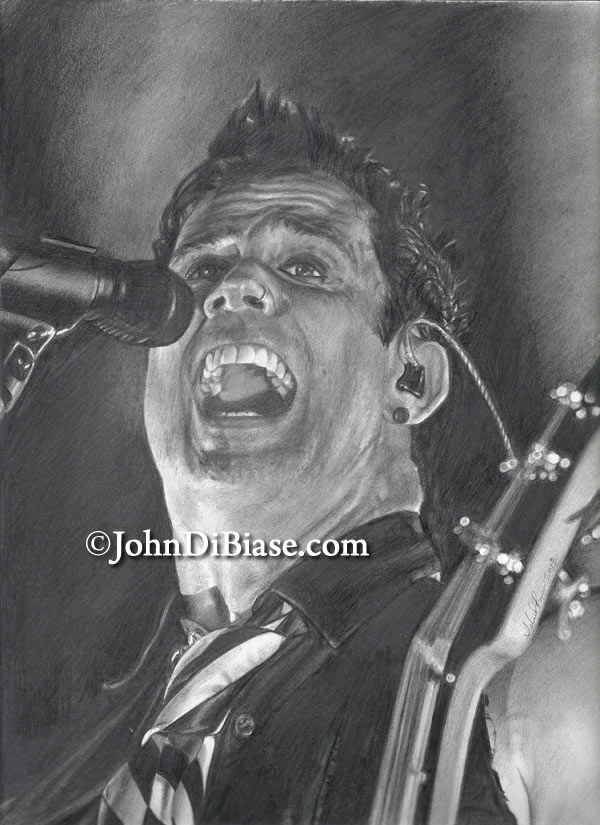