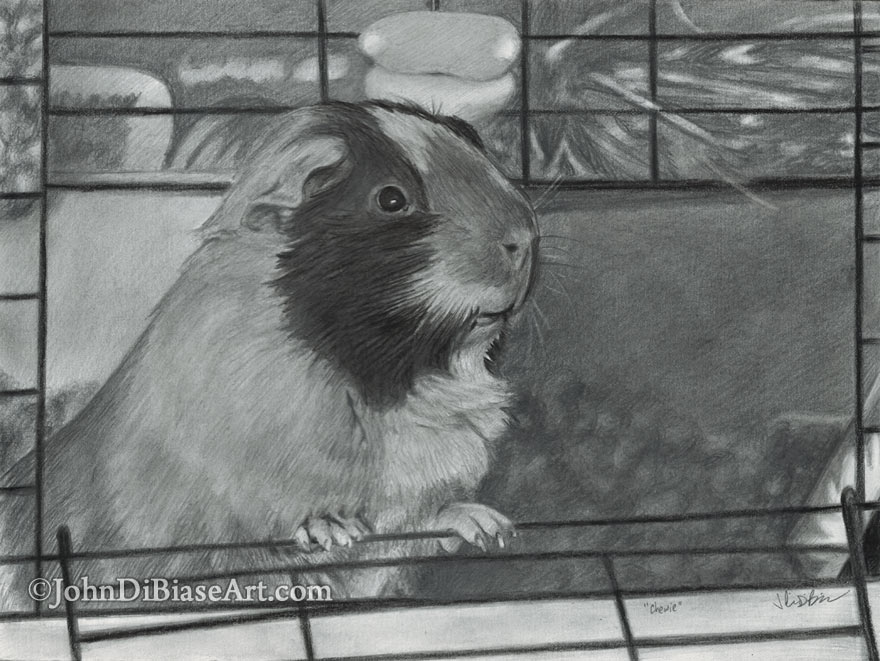 In 2005, the weekend that Star Wars: Episode III – Revenge of the Sith released, my wife and I came home with a darling new baby boy… guinea pig (May 21, 2005). And so we named him Chewie. Chewie was my best pal for the four years we had him before a sickness took his life (July 2009). His cage was in my home office, and in the last couple years of his life, nearly every time I came into the room (when he wasn’t sleeping), he’d stand up at a side gate/door and want me to open it. I’d open it, and he’d hop out onto my desk into a little pet bed. I’d slide it over to where I was working at my computer and pet him as he purred like a kitten. I loved him to pieces!

After he passed, I started this freehand drawing of the little guy (from a photo I took) that I didn’t finish until 10 years later. It was tough to draw him for a while, and then I just would forget about the unfinished drawing or just not “feel like” working on it. Here is the finished 2019 scan of the drawing. It now hangs framed in the hallway in our home. Miss ya, pal!