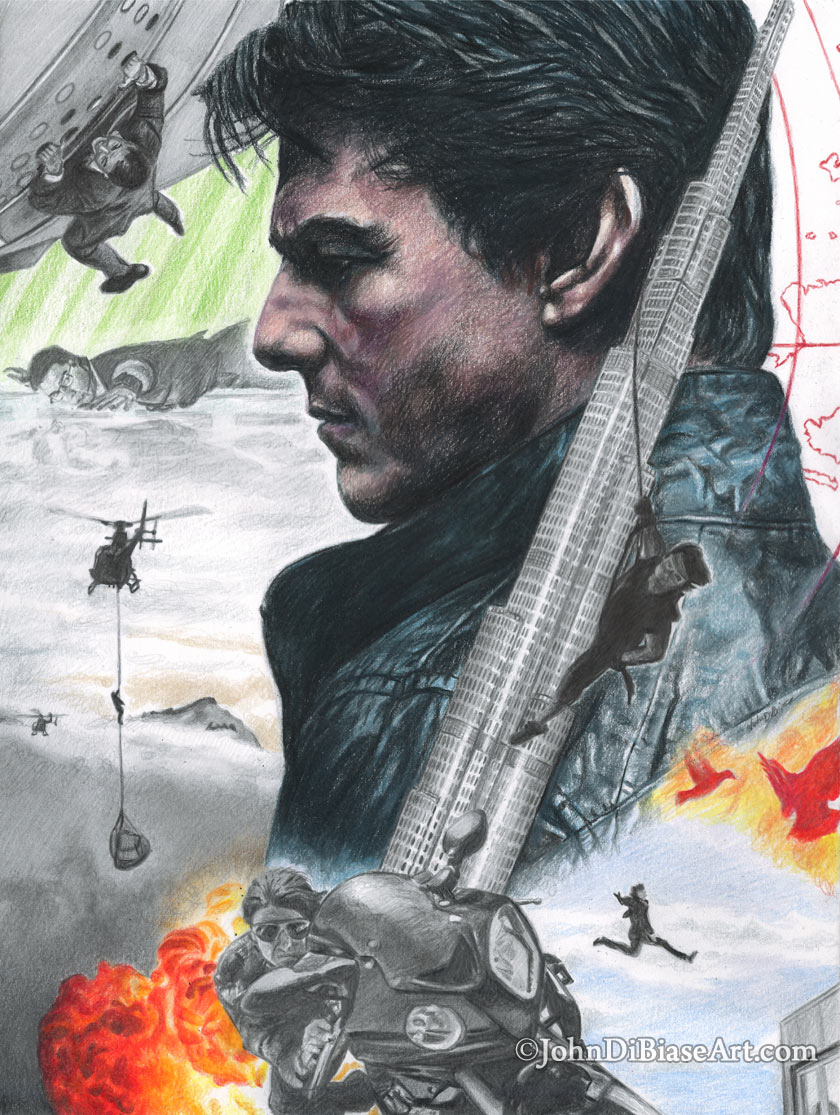 In 2020, I had wanted to draw a collage of stunt moments from the Mission:Impossible movie series starring Tom Cruise. I started one, using a promo image from Fallout as a source, but I just couldn’t get the image of Tom to turn out right. I ended up abandoning it and selling it as-is on Etsy. I tried again, using a promo image from Rogue Nation this time, adding in the iconic jump and helicopter scenes from Fallout, the motorcycle and plane stunts from Rogue Nation, and the wire-drop and globe outline from the 1996 film. I also used the Burj Khalifa building stunt from Ghost Protocol as a centerpiece (I deliberately have Tom/Ethan much larger and out of scale.)   Lastly, to fill in an awkward space above the Fallout jump, I snuck in the doves from Mission:Impossible II (I don’t like that film much, but it worked to put that there.) Sadly, I couldn’t figure out how to represent Mission:Impossible III naturally.

This freehand drawing took quite a while to finish, too, because the building detail was just SO tedious! I used colored pencil and graphite throughout this one (and I think some marker?) to be quite a hodge-podge of media.