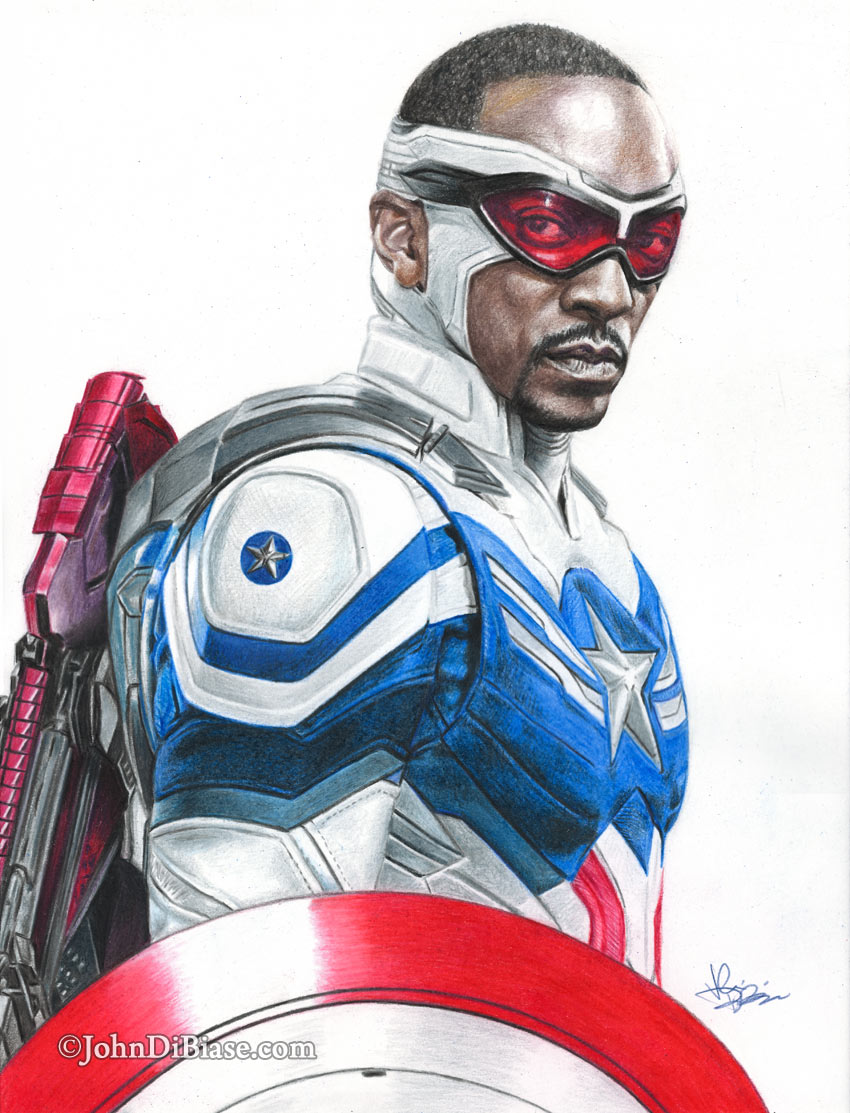 The Marvel movies for Captain America finally gave me a favorite superhero with Chris Evan’s portrayal of him. It was sad to see him hang up the shield in Avengers: Endgame, but he was given an appropriate send-off. With Disney Plus’s Falcon and the Winter Soldier TV series, the shield was officially passed to Anthony Mackie’s Falcon to take up the mantle as Captain America. I thought I’d draw a new version of Falcon as Cap to commemorate this. I drew it freehand using colored pencils.